The Department of Operation and Control of Aerospace Systems was established in September 2013.

Over 20 years the University has been training specialists in Technical Operation of Avionics (aviation engineering equipment).

Highly-efficient training is made possible due to long-term cooperation with leading enterprises and organizations of both St. Petersburg and Russia.

A glimpse of history

The Department of Gyroscopic Systems and Stabilizing Devices of air and space vehicles was established in September 1945 within the Faculty of Aviation Devices and Automation of Leningrad Aviation Institute (at present – Saint Petersburg State University of Aerospace Instrumentation).

Today’s Head of the Department, A. P. Kovalyov, is a researcher well-known both in Russia and abroad, an expert in development, application and operation of air and space systems, Professor, PhD, Laureate of RF and St. Petersburg Government in Science and Equipment, President of St. Petersburg Department of the Russian Academy of Astronautics.

The Department also provides internships for foreign graduates, who having successfully obtained the Master Degree are currently employed in Beijing and Nigerian Space Agencies. 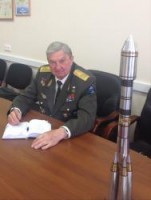