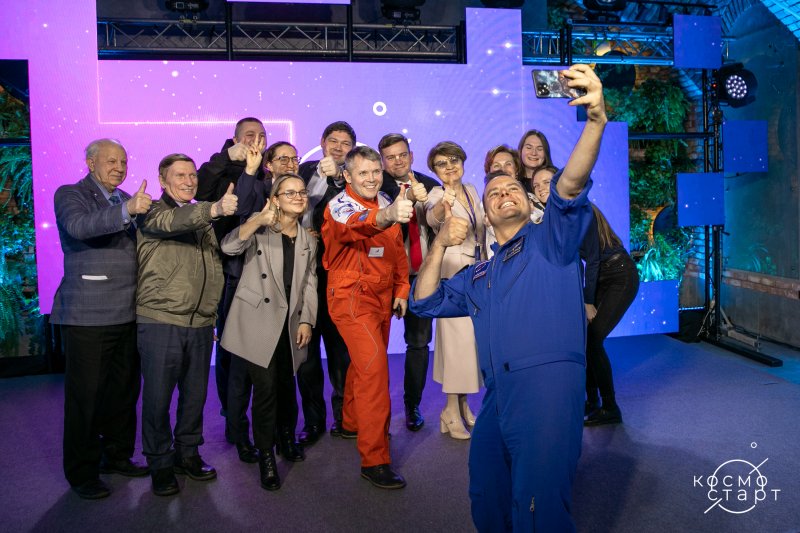 From December 8 to 10, the All-Russian Cosmonautics and Aviation CosmoStart Forum was held in SUAI. This year it brought together more than 1,200 on-site participants from 12 regions of Russia, 44 events, 14 experts, as well as 13 hours of broadcast, which was watched by more than 350 thousand people from Russia and other countries

The morning of the first day of the Forum began with presentations by experts in St. Petersburg schools, where more than 600 students immersed themselves in the space industry, were able to ask questions to specialists and get professional answers. And the opening ceremony was attended by honored guests and representatives of the city Administration.

– Our country has always been famous and is famous for its space achievements, developments, and most importantly – people who are passionate about space. Russian aerospace industry specialists certainly hold leading positions, and we very much hope that this year’s Forum participants will join their ranks. Our university offers a large number of programs related to aviation and space activities, instrumentation, rocket science and will be happy to help young people become a part of a huge community of professionals, to make space closer, as our respected experts do. CosmoStart is a place for growth where each participant finds his own meaning and endless possibilities, – said the rector of SUAI Yulia Antokhina.

The central event of CosmoStart has traditionally been a dialogue with cosmonauts "Heroes are not born, they are made." This year cosmonauts Andrey Borisenko and Sergey Korsakov took part in the conversation in person, and Denis Matveev joined the event online from Star City. They told about their path in cosmonautics, their training, space flights and work on the ISS. With the support of Rossotrudnichestvo and the Russian House in Minsk, students of the Belarusian State Technological University joined the live broadcast.

The second day of the Forum was no less eventful. The discussion on the topic "Cosmonaut is not a female profession?" was held in an online format with the participation of cosmonaut pilot Elena Serova and test cosmonaut Anna Kikina, who is currently on the ISS and was answering the questions being in a state of weightlessness. There was also held a scientific battle that allowed participants to tell in simple language about the complex phenomena of science and developments. The participants of the battle tried to answer the questions "Why a copter is needed?", "How to live in space?", and also told about space technology and space instrumentation. The winner was chosen by the audience – it was Andrey Volyntsev, Chairman of the Council of Young Scientists and Specialists under the General Director of the State Corporation "Roscosmos".

For two days, the participants attended expert presentations, meetings and conversations with Russian cosmonauts, round tables, excursions, a session at the planetarium and a concert. Experts and honored guests of the CosmoStart Forum visited schools and universities of St. Petersburg, where they held "space lessons" and lectures, talked with participants and told about the prospects for the development of domestic cosmonautics and aviation.

On the final day of the Forum, an open dialogue of experts and cosmonauts with regional and St. Petersburg participants took place at the Boiling Point – St. Petersburg. GUAP. The guests actively asked the experts questions on a variety of topics related to the aerospace sphere. After that the intellectual game "Quisium – Cosmos" was held, in which 9 teams took part.

The All-Russian Cosmonautics and Aviation Forum "CosmoStart" for the seventh time became a bright holiday for the participants and allowed them to believe that Space is really closer than we think. The event was held by the St. Petersburg State University of Aerospace Instrumentation (SUAI) together with the North-Western Interregional Public Organization of the Russian Federation of Cosmonautics and Roscosmos the State Corporation.