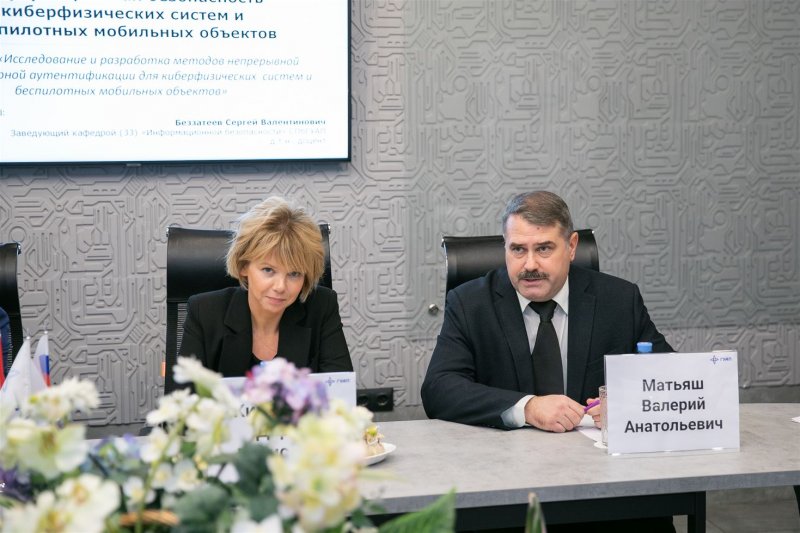 At a meeting with the Deputy Minister taking place at Tochka Kipeniya - St. Petersburg. GUAP was discussed the formation of areas for training engineers in modern conditions. Daria Kiryanova was presented with promising developments of the university - projects in the field of cybersecurity, telecommunications systems, artificial intelligence, and also held a tour through the SUAI innovation laboratories.

Last year, the university entered the Priority 2030 program, received the basic part of the grant, but has ambitions to enter the special part of the program for research universities. In addition, the university plans to participate in the federal project Advanced Engineering Schools, therefore a similar internal competition was held within the SUAI. More than 20 applications were submitted, the competition lasted two months, finally 8 projects reached the final where the winner and prize-winners will be selected. This helped to select the best ideas and make the application for the federal project stronger.

There is a good basis for cybersecurity in SUAI, as well, this area is now at the peak of popularity. That is why, within the framework of one of the projects are planned research and development of new methods of information protection, development and improvement of multi-factor authentication and verification systems, integration of traditional and quantum security systems. Among the partners are Infotex, Polikom PRO, Gazprom Neft, Sberbank, Russian Railways. Such studies will make it possible to replace foreign software with domestic one and develop information security policies for various enterprises.

Daria Kiryanova was also presented with the developments of a special design bureau of radio-electronic systems, projects of the cybersecurity and machine learning laboratories of the SUAI School of Engineering, had a tour of the electromagnetic anechoic chamber, the Industrial Robotics Laboratory and the Tochka Kipeniya.

The Deputy Minister asked questions about the university's partners, interaction with business, patents, intellectual property and products that have entered the market as a result of research.